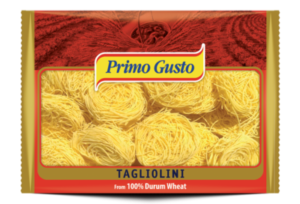 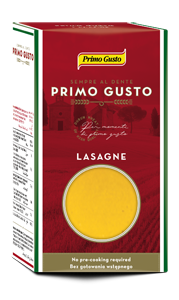 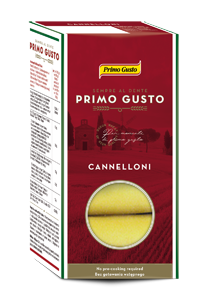 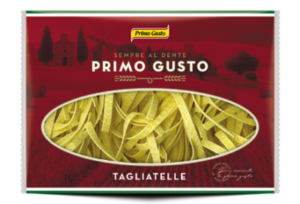 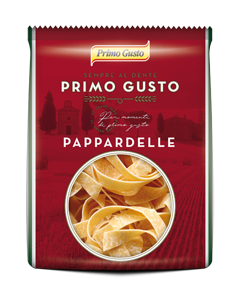 Lasagne is one of the oldest known types of pasta. The name “lasagne” originates from the Greek word “laganon” which means “thin sheet of dough”. This thin, rectangular pasta has its roots in Greece and is believed to have been adapted in Italy where it then became known as a delicacy.

Lasagne is prepared in the form of a layered casserole, where, in between layers of dry pasta, one may find different delicious fillings, including béchamel sauce and grated cheese (preferably Italian parmesan or cheddar). Lasagne is a dish which allows room for creativity and experimentation in relation to its ingredients. Aside from the traditional Bolognese Lasagne with meat or the vegetarian Neapolitan lasagne, one may come across recipes including spinach, tuna, seafood, and even pumpkin or kale. Thanks to this, cooking lasagne is never boring and the example of the comic character Garfield proves that it is simply a culinary delight!

This large, hollow, tube-like pasta is filled with stuffing and is baked. Cannelloni is believed to have been invented in the early twentieth century by Nicola Federico, a chef working in Sorrento. It then became more popular during the Second World War, when many people fled the bombings in Naples and went to Sorrento.

Cannelloni may be filled with any stuffing: meat, vegetables, or cheese. The top layer is usually covered with a tomato or cream sauce and the entire dish is sprinkled with cheese to give the casserole a delicious taste once it is taken out of the oven. Like with Lasagne, there is large room for creativity and experimentation in relation to the ingredients used with cannelloni.

Tagliatelle is a long and wide (8mm) form of pasta and is a classic in Italy. At first, tagliatelle was seen as an exclusive product and was only available for few people. However, this has changed with time and a large proportion of people around the world now enjoy this delicious pasta.

Tagliatelle is served well with heavy, dense meat sauces, but also tastes great with creamy sauces (e.g. Carbonara) or seafood. The alla Bolognese version encompasses the treasures of the Italian Emilia-Romagna region, the origin of both tagliatelle pasta and Bolognese sauce.

Pappardelle is a thin and flat form of pasta which is wider than the classic tagliatelle. The addition of eggs gives them a fluffy structure and, along with this, pappardelle are absorbent and tough. This means they are perfect to serve with dense meat sauces, or even with stew. There are plenty of dishes that can be cooked with this pasta, explaining the reason for choosing the name “pappare”, which means “devour”.